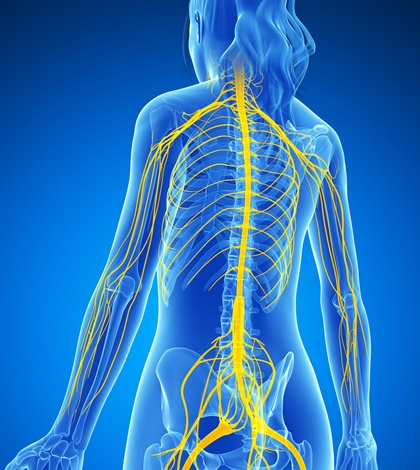 In June 2014 the first Japanese study about HPV-vaccine adverse effects was published in the medical journal Internal Medicine. The study tries to determine the cause of the vaccinated girls’ neurological manifestations.

The HPV-vaccines Gardasil and Cervarix were both introduced in Japan in 2010, while it was recommended in April 2013 to all 13-16 year old girls. After this period with an increase in the vaccination rate, there was also an increased focus on the safety of the vaccines. Afterwards the Japanese government has suspended their recommendation of the vaccines indefinitely, due to the many reported adverse events.

The most typical adverse effects after HPV-vaccination are fever, headache and pain at the injection site. But in the group of vaccinated Japanese girls they also observed a high frequency of chronic pain in extremities, often complicated by severe shaking and involuntary movements. Likewise in some of the cases with severe spontaneous pain in the extremities, the pain is also accompanied by chills in the affected limbs that cause noticeable disturbances in daily activity. This condition is thought to be a type of Complex Regional Pain Syndrome (CRPS), but it is yet to be confirmed.

The criteria for CRPS are as follows:

Five cases are then described in the study:

1. An 18 year old woman came to the hospital with lasting headaches and severe general weakness. In August 2011 she received the first HPV-vaccination and soon thereafter she started suffering from severe stomach pain and headache. Nothing unusual was found after MR scanning her. But her lasting headache resulted in mental instability and insomnia to such a degree that she couldn’t attend school. She was then referred to a mental clinic where they diagnosed her as being inadaptable. After receiving the second dose of the HPV-vaccine in October 2011 her stomach pain and headache intensified. She was especially tired in the morning and was prescribed numerous different types of drugs without it having any affect. After an endoscopic examination she was given a diagnosis of superficial gastritis that was thought to be caused by psychological stress. In 2013 she started to experience sudden fainting fits. After a new diagnosing by the scientific team they found that her symptoms match the criteria for orthostatic dysregulation (OD) proposed by the Japan Pediatric Society. Afterwards she was given a new special type of medicine that relieved the symptoms and her daily activities improved significantly.

2. A 15 year old girl was brought to the scientific team because of continuous headaches, limb pain and a gait disturbance. She received her first HPV-vaccine I February 2011 and the third dose in September 2011. Her everyday life was unchanged until May 2012 where she started to complain about sharp pain in the eye balls and double vision. Also she experienced limb weakness. The MR scan and the routine laboratory tests didn’t show anything unusual. She stopped going to school because of her pain and clumsy movement in her hands and on top of that she got sensitive to sound and skin stimulation. For example she could go into a panic state whenever she took a shower and an involuntary tremulousness of the limbs started. After visiting numerous different hospitals she was finally diagnosed with psychiatric or anxiety disorder. In June 2013 she developed anorexia possibly because of the very uncomfortable sensations in the arms and legs. Even though she was treated for the eating disorder she was not getting any better. The scientific team did a physical examination and found symptoms that corresponded with CRPS. She was also diagnosed with orthostatic hypotoni (OH) which means loss of blood pressure. After the specific treatment she started to feel better and the limb tremors gradually subsided. In addition, the patient again became and returned to school.

3. A 13 year old girl was brought to the scientific team because of continuous pain in the limbs, headache and gait disturbance. She was vaccinated (with Gardasil) in June 2012 and two weeks later she started suffering from lasting high fever and headaches. She was examined at the hospital, but neither in the routine laboratory tests, the endoscopy or in the CT any abnormal results were found. A lot of different medicines were given to the girl (NSAID’s) but none of the helped. She was therefore given a temporary diagnose of psychosomatic fever. In January 2013 she got that third shot of vaccine. Her high temperature and general uneasiness gradually disappeared, but instead she started to suffer from paroxysmal limb tremors that resulted in insomnia. In March 2013 she developed serious limb pain and palpitation. The pain limited the movement in her shoulder and thighs and sometimes the pain was accompanied by paralysis in both her hands and legs. Her condition was considered to be psychosomatic and she stopped attending school. The scientific team examined her and found that her symptoms matched the CRPS criteria and she was also diagnosed with POTS. She received a new kind of treatment and four months later she was able to walk with the use of stick, although she did not return to her previous school life.

4. A 16 year old girl was brought to the scientific team because of poly-arthralgia, leg pain and general weakness. She received her firs HPV-vaccination in October 2012 and the third dose in March 2012. A month after the last vaccine she started to notice arthralgia in her knee, a general fatigue and an elevated body temperature. She visited a couple of orthopedic clinics but they failed in obtaining a definitive diagnosis. The arthralgia continued to affect other joints and the girl started to suffer from continuous limb tremors. In early January 2013 she developed severe aching in both calves that resulted in the need for a wheelchair. She was examined in a hospital where they found specific antibodies and gave her medicine, however, all of her symptoms persisted and she stopped attending school. The scientific team examined her and she was diagnosed with both CRPS and OH.

5. A 15 year old girl visited the hospital complaining about weakness in her limbs and orthostatic fainting. She received her first HPV-vaccination (Gardasil) in May 2010 in USA. She received her third dose in December 2010. A couple of days after the last vaccine she started to feel pain and weakness in the lower limbs, especially in the left leg, leading to difficulty in walking. The symptoms gradually disappeared after a few days but after a month she developed numbness and weakness in both her hands which lasted for two days. Temporary continued in in both her hands and legs on a regular basis and she experienced both fainting and stomach pain. She returned to Japan in April 2012 and was examined in a hospital without any results. In addition to the weakness in her limbs she started to experience a decreased ability to learn at school. The scientific team examined her and she was diagnosed with both CRPS and POTS. After a specific treatment her limb symptoms disappeared.

Four of the 40 patients were diagnosed with POTS. Interestingly most of the POTS patients have a history with previous virus infections. But none of the vaccinated women have had any previous virus infections, which enhances the correlation between HPV-vaccination and POTS. Likewise numerous of other studies have described the development of POTS after HPV-vaccination.

The full study can be found here:

Japan Times has also published articles about the HPV-vaccine and adverse effects this October:

It’s as if time has stopped since the vaccine