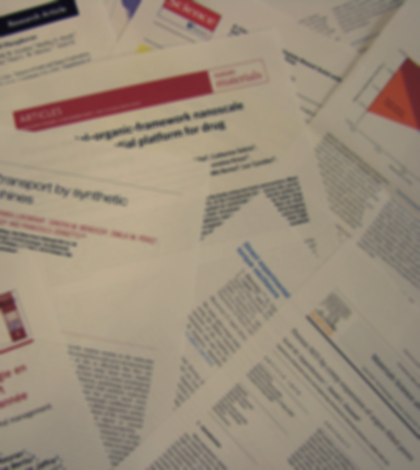 Recently there has been a lot of focus on the HPV-vaccine in the Danish media. A documentary called ‘The Vaccinated Girls’ aired March the 26th, in which claims was made about side effects from Gardasil – these claims are now supported by new scientific studies from two Danish doctors.

The recent documentary was about Danish women who have been vaccinated with the HPV-vaccine Gardasil and afterwards have developed severe side effects.  But without receiving a diagnosis and without having their side effects recognized as side effects from the vaccine, the girls were trapped in a limbo between different departments in the Danish health care system. Now for the first time in Denmark, two doctors come out publically and talk about the pattern they see, a pattern where the girls all explain the exact same sort of symptoms and all have had the HPV-vaccine injections shortly before the onset of symptoms.

Here you can watch the full documentary with English subtitles:

Shortly after the documentary, the doctors published their first scientific study on suspected side effects from the HPV vaccine Gardasil. In their second study, also recently published, there is more focus on the diagnosis of POTS.

Suspected side effects of the quadrivalent human papilloma vaccine

In the first study, they analyzed data from 53 patients, all of whom have had adverse reactions within two months after HPV-vaccination. None of the patients had any chronic disease before the vaccine. The patients in the study are girls and women aged 12-39 years of age.

All 53 patients reported headache that started after vaccination, and described it as being on a daily basis, continuous, severe and disabling.

51 patients (96%) experienced orthostatic intolerance which is a condition where the autonomic nervous system is affected to such an extent, that one can experience changes in breathing, digestion, vision, sweating, dizziness, palpitation, fatigue, nausea, fainting and a wide range of other symptoms. In total, 45% of patients suffered from recurring loss of consciousness, and 53% were diagnosed with POTS.

51 patients (96%) complained about fatigue, 47 (89%) of cognitive dysfunction in which concentration problems and impaired memory were among the things mentioned by the patients. 45 patients (85%) suffered from sleep disorders, and 37 (70%) reported visual symptoms such as blurred vision and an increased sensitivity to light.

In their department at the hospital the doctors have seen more than 70 patients that all have a similar pattern of symptoms after being vaccinated with the HPV-vaccine Gardasil. The findings in the study corroborate findings from other scientists, including the Japanese researcher, Kinoshita, whose findings we have discussed here:

Some of the patients in the study are characterized by a remarkably high level of activity before the onset of symptoms, suggesting that it may have affected their immune response after the vaccination.

The possibility of a mass mental illness among the patients was also taken into consideration in the study, but deemed unlikely in view of different factors mentioned. Some of the patients in the study have been suspected of having a functional disorder, which is a diagnosis where the symptoms are so diffuse that they are characterized  as psychological, but as the autonomic nervous system controls most of the functions of the body, symptoms will always appear diffuse and diverse. Although POTS is seen in more than half of the 53 women, the diagnosis should be seen as secondary to another still unknown condition.

The study stresses the importance of further studies that can provide clarification as to whether there is a causal relationship between the symptoms and the HPV-vaccine Gardasil.