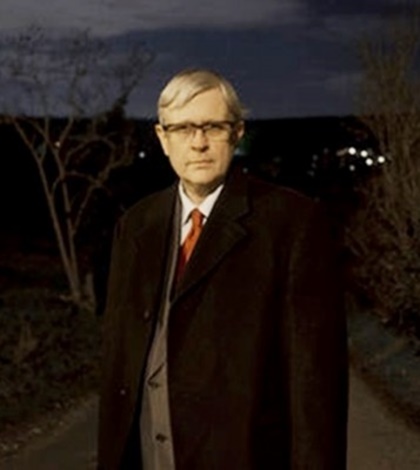 Former Merck doctor predicts that Gardasil will be the biggest scandal in medical history.

The former Merck doctor, French Dr. Bernard Dalbergue, was interviewed for the magazine Principe de Santé (Health Principles) in April this year, and in that interview he talks about his experiences in the pharmaceutical industry. After some tough years as a doctor in a hospital, Dr. Bernard Dalbergue quickly became seduced by the convenience of work in the pharmaceutical industry. Less yelling, pain and death. The latest fashion, fancy cars, money and embezzlement became part of his new life instead. Right up until his conscience, after 20 years in the pharmaceutical laboratories, woke him up and he wrote all his experiences in a book.

In the interview Dr. Bernard Dalbergue talks about his surprise at how Marcia Angell, former head of the respected New England Journal of Medicine, left her job because she believed that the pharmaceutical industry manipulated the clinical research and controlled all the information that got to public attention. She, like many others, claimed that scientific studies that on the surface was described as objective and independent, was actually written by the pharmaceutical industry.

In the interview he also explains that each year between 18,000-30,000 die in France directly as a result of adverse reactions to pharmaceutical products and the figure for the whole of the EU is about 200,000. He explains that there are no clinical studies that will document the safety of a product, like Merck is trying to tell people in the case of Gardasil, it is only after millions of doses have been distributed that you will see how dangerous a product is. Therefore, he says without hesitation: “Gardasil will be the biggest scandal in medical history,” and he adds: “The full extent of the Gardasil scandal needs to be assessed. Everyone knew when this vaccine was released on the American market that it would prove to be worthless. Diane Harper, a major opinion leader in the United States, was one of the first to blow the whistle, pointing out the fraud and scam of it all.”

Dr. Bernard Dalbergue mentions another example of how the pharmaceutical industry has deceived the public; Mercks anti-inflammatory product, Vioxx, proved to have serious side effects, including cardiac arrest, and Merck used a lot of effort to conceal the more than 30,000 deaths due to side effects. Immediately thereafter, they started to develop a similar new product, called Arcoxia, where they just changed a few molecules, and while people still died from Vioxx, which at the time had been revoked, doctors began to prescribe the new and equally dangerous product. “Arcoxia is now being prescribed and approved, but it is extremely dangerous. It’s the same with Gardasil; it is useless and costs a fortune. In addition, decision makers at all levels are aware of it.” He recognizes that all vaccines have side effects, that all vaccines can cause guillain-barre syndrome, paralysis, mutiple sclerosis and acute disseminated encephalomyelitis, but when it comes to saving millions from smallpox and polio then it is a different matter: “I predict that Gardasil will become the greatest medical scandal of all times because at some point in time, the evidence will add up to prove that this vaccine, technical and scientific feat that it may be, has absolutely no effect on cervical cancer and that all the very many adverse effects which destroy lives and even kill, serve no other purpose than to generate profit for the manufacturers.” On the question of why Gardasil is not just withdrawn from the market, the answer is short: “There is far too much financial interest for these medicines to be withdrawn.”

Towards the end of the interview, Dr. Bernard Dalbergue draws a parallel between the pharmaceutical industry and the system we have built, to the political system in China: “In China, opponents are executed with a single shot of a bullet to the neck and executions are broadcast on television. Worse still, the victim’s families are made to pay for the bullet used. In my opinion, these 18,000 to 30,000 deaths by medicines are exactly the same – the patients are made to pay for the bullet which kills them.”

The story about Dr. Bernard Dalbergue has also been published in Le Monde and the article can be read via the link below.