Pandemrix: The scandal-ridden vaccine that did not work 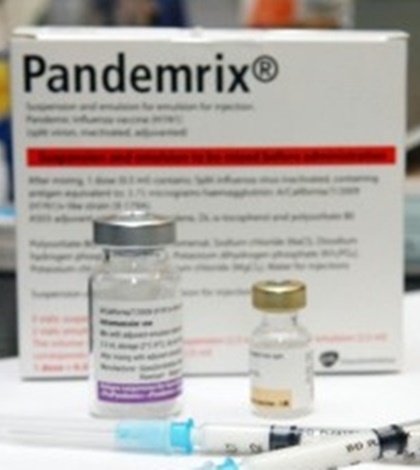 The British government is now secretly paying millions in damages to victims of adverse effects from the scandal-ridden vaccine Pandemrix.

The British government has now finally decided to accept to pay damages to victims of adverse effects, who are often struck by the autoimmune disorder narcolepsy, which manifest its self by sudden sleep attacks. Approximately 6 million Brits received the vaccine called Pandemrix during 2009, the vaccine was supposed to work against influenza H1N1, but rather than working against the flu, the vaccine gave an increased risk of developing narcolepsy. Especially among young people the risk greatly increased. The law firm Hodge, Jones and Allen says that the damages could amount to 1 million pound per case – and to this date approximately 100 Brits has sought compensation. The government are now secretly starting to pay these damages.

Victims of swine flu jab to get £60m payout

The Pandemrix vaccine, produced by pharmaceutical company GlaxoSmithKline, was later shown not to have any greater effect against the influenza H1N1, and both Pandemrix and Tamiflu that was sold in Denmark, stood out from other vaccines by containing the preservative Thiomerosal that is based on the highly neurotoxic mercury. In America Thiomerosal is being linked to the rise in autism that has gone from being a rare disorder to now affecting more that 1 out of 30. In Britain there is a class action against the producer of Pandemrix, GlaxoSmithKline, but due to a clause in the contract between the producer and the British government, like it was the case in Denmark where Tamiflu produced by the pharmaceutical company Roche was bought, GlaxoSmithKline can’t be held accountable for the adverse effects. That is why the British government has to pay the damages. GlaxoSmithKline has, not surprisingly, despite an enormous amount of scientific evidence, denied that there is any link between Pandemrix and narcolepsy.

The story about the influenza H1N1 vaccine Pandemrix is a story about how much power the pharmaceutical industry has over the governments around the world. The made up influenza pandemic was used to facilitate the sale of a highly questionable vaccine, for the sole purpose of benefitting GlaxoSmithKline’s bottom line figures. Among other things the questionable agreements that the governments around the world made with GlaxoSmithKline and WHO meant, that as soon as WHO would issue a possible influenza pandemic the governments would be forced to buy all the vaccines that they had indicated to the manufacturer. In practice that meant, that despite some governments knew that the issuing of the pandemic was wrong, they were legally obligated to buy the vaccines – and without the manufacturer having any responsibility for any possible adverse effects. In this context it is almost unnecessary to mention who has the power in WHO. Let me just say this, it is not for no reason that WHO is being called the instrument of the pharmaceutical industry.

So what have we learned from the Pandemrix scandal? Probably not a lot. At least not on the level where it really makes a difference. Even though the world’s leading scientists do not have any doubts to what kind of pandemic we are dealing with, a vaccine induced narcolepsy pandemic, the decision-makers will still look away from and the public be ignorant of the scope of the scandal. So next time a vaccine against a made up pandemic hits the market, at the request of WHO, the governments will stand in line to buy it and the citizens will be ready to receive it.

Today The Danish Vaccine Agency (Statens Serum Institut) still defends the purchase of the H1N1 vaccine Tamiflu, even though it verifiably did not have the desired effect. Chief physician at the Danish Vaccine Agency Kåre Mølbak admits that you can’t expect that Tamiflu can stop the spread of influenza, but emphasizes without referring to any scientific data, that the vaccine can cut the mortality rate in half among weak influenza patients. Professor and head of The Nordic Cochrane-center Peter Gøtzsche is a bit more skeptical and refers to studies that show that Tamiflu’s only attribute, is to reduce the duration of the influenza by half a day. What a cure-all.

I still remember a show on Danish TV2, where a journalist interviewed doctors and nurses on the Danish hospitals that willingly had chosen to be vaccinated, and asked if they knew what the H1N1 vaccine Tamiflu contained. They answered no – and looked wonderingly into the camera. The journalist told them that it contained mercury. The doctors and nurses look rather skeptical and surprised into the camera and concordantly answered – really?

There is still a long way to go. At least the victims in England are starting to get their damages paid.